Installing Windows XP on a Tablet PC with an SSD Drive

Is it possible to escape the lure of upgrading a laptop with a shiny new 128 GB SSD drive? Of course not! I am a big fan of virtualization and I am running a development stack consisting of tools like Rational Software Architect, InfoSphere Data Architect, WebSphere Application Server and DB2 9.7 Enterprise Edition in a VMWare virtual machine. My hope was to improve performance of my laptop by using an SSD drive.

To reduce the amount of gunk that accumulates over time, I decided to avoid restoring the content of the drive from my backup and instead do a fresh install. I replaced the hard drive on my Toshiba Portege M400 tablet with a 128 GB Patriot Torqx M28 SSD drive and started installing Windows XP from the MSDN distribution. However, the installation was not without problems and some research was necessary: the precise set of steps to get things working is not explicitly spelled out elsewhere. Same or similar steps should be applicable to other laptops and tablets. If you need to do this, I hope you will save yourself some time and frustration by following my advice!

Good question! It turns out that my tablet is officially just a bit too old to run Windows 7. I was hesitant to go to Vista for its known problems and performance degradation in comparison with XP. So I decided to run XP just little bit longer, until tablets get quad core CPUs and 16 GB RAM ;-) When I teach and consult on software architecture and design I draw a lot (so I need a tablet), but I also run heavier stuff like WebSphere Application Server (so I need power) when I consult and teach things like SOA and Web Services.

Installing the SSD: Hardware is easy!

This was the easy part: unscrew the disk compartment, take out the old drive and put in the new one. The SSD drive behaves like a SATA drive it replaces. It fits nicely.

Pop in the XP CD, start the setup and there is the first problem: XP does not recognize SATA ! The way around it is to provide a SATA driver on a floppy during the setup. Not USB, not CD or DVD - it must be floppy. Emulating floppy with USB drive did not work. I did not see a floppy drive for many years and my laptop did not come with one. What now?

The solution is to "slipstream" the driver using the nLite – the Windows installation customizer. (Check out their guides and forums for detailed guidance.) You also need to download the SATA driver from your computer manufacturer site. In my case, this was the Toshiba RAID driver. During the preparation of the nLite install, you provide the location of the unzipped driver, which gets integrated ("slipstreamed") into the XP. Next you should create an ISO image and burn it on a CD.

BIOS and the Lonely Drive RAID

As this was the only drive on the machine, the BIOS of my laptop was showing that the drive is in a JBOD setting. If you leave BIOS in this setting, the XP with the slipstreamed driver would still not recognize the drive! You need to go to BIOS and change the drive configuration to RAID – it does not matter that this is the only drive on the machine. Somehow, this setting makes some sense, as the driver is for RAID.

If you are using MSDN distribution for installing your XP, you have a CD that contains XP Home, Professional, and Tablet versions on the same CD, but in different directories. The XP installation script has references to the location of files, which are now wrong for the nLite installation. In the directory where nLite copied the XP files, you need to go to the installation configuration file in i386\txtsetup.sif and modify the setup path SetupSourcePath to "\".

A Case of a Missing File

If you try to install now, XP will throw an error message about the missing EULA file and abort installation. The funny thing is that the file is in its proper location. This problem can be fixed by defining the installation type in nLite as "silent". Obvious ;-) You will need to provide the software key in an nLite configuration form.

At this point you may think you are in good shape: XP recognized the drive and you are proceeding to the point where you need to format your hopefully blazingly fast SSD drive. But you are here for a new surprise: XP reports that there is not enough memory to format the drive! To cut the long troubleshooting story short: XP setup cannot format the SSD drive. You need to format your SSD drive and create a partition using a separate working computer. That worked fine and I put the formatted SSD drive back into the laptop. Now I restarted the XP setup and when we reached the troubled point it was important not to create a new partition, but to use the drive as is. The XP finally starts installing and copying files to the SSD. Yay!

But where is the Tablet Stuff?

OK, now we have everything working – but there are no tablet features in sight! In fact, the MSDN tablet components are on the second CD, and we were supposed to be asked to insert it at some point, but that did not happen. Unfortunately, there is no easy way to retroactively add the tablet features. Here is a trick to get the tablet functionality:

At last: Success and Blazing Speed!

So was this hassle with SSD and XP reinstallation worth it? With all my programs installed, the boot time of my machine went down from over 4 minutes to 25 seconds - that is until CPU got steady on 0%. Starting a 22 GB VMware image now takes 25 seconds - 2.5 times faster. Starting Rational Software Architect in that VMware image improved 4.5 times. Wow! Now we can get faster to doing something more interesting than installing old operating systems!

Have fun and good luck with your upgrades! 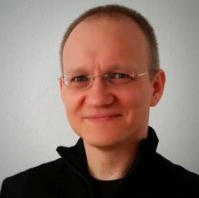